As the NZ dollar weakens and taxes increase, New Zealanders are beginning to feel the effects of inflated fuel prices. Despite this, Prime Minister Jacinda Ardern reiterated that it would not slow down and eliminate petrol taxes.

The transport sector has warned the government of the effects inflated fuel prices may have on the public. As of this writing, it’s been reported that families are beginning to make some drastic lifestyle changes, even cutting down on some commodities to make up for the increased fuel price. 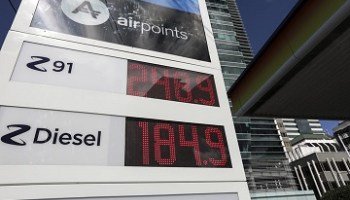 Solo parent Lisa Cropp said that their family would have to sacrifice fun activities in order to cover up for the gas expense. And she’s been serving canned foods to her family instead of the usual cooking.

And Cropp is not an isolated case. A lot of New Zealanders have expressed the same sentiments, giving up town visits, spending less on groceries, among others.

However, this increase in gas cost will continue to create a snowball effect as trucking companies will also be severely affected, managing trucking costs. In turn, this will create an increase in the rise of almost all retail goods.

Even midwives are forced to turn down pregnant women from far-flung areas because getting to their areas has become too expensive for them.

While these have been the sentiments of New Zealanders, major oil players in the country deny that they have been overcharging on oil prices. In fact, these companies have cited that all these is due to the weakened NZ dollar and the rising cost of the product in the global market.