The country’s economy has grown faster than what is expected for the second quarter despite gloomy forecasts. Despite a fall in business confidence, the strong pull of the agricultural and service sectors countered this. 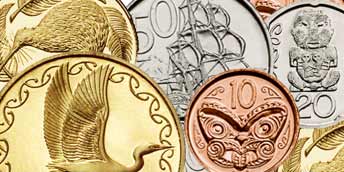 A 1% rise in Gross Domestic Product was seen in the last three months ending June, the strongest it’s ever been in the last two years. This rise can be largely attributed to the service industry, followed by the goods-producing industries.

The agriculture sector in the country has consistently led to economic growth contribution with an accounted rise of 4.1% with dairy products production, forestry exportation, and cattle raising. The same upward trend was seen for real estate, telecommunications, and tourism.

Only business investments were seen to have a slight fall, but not enough to cause worry. Business confidence dropped by a 10-year low, while consumer sentiment during the third quarter saw the lowest in the last six years.

However, data show that business investment performance was still above outlooks. This has prompted the Reserve Bank to hold on to current interest rates for the near future. However, it is also keeping a close watch on further developments and whether the current quarter will still see the same performance.

With this good economic performance, the NZ Dollar also fared well against the US Dollar, increasing by as much as quarter of a cent against its counterpart.